The µ-Cluster is a micro-parallel computing cluster with 66 Odroid-C2 single-board computers (SBCs). Each Odroid corresponds to a quad-code ARMv8 1.5 GHz processor. One of the SBCs is used as a login node while another SBC is used as a central storage node for the other 64 SBCs.

The 64 SBCs are placed on four separate levels, 16 per level, in a cubic shape acrylic transparent case. Each of the four vertical facets of the case holds 16 LCD touch screens, one touch screen per SBC. The base of the case contains the power supplies.

The SBCs are interconnected in a star topology with 22 Netgear 1Gbit/s Ethernet switches. Each SBC is coupled with an Intel Neural Compute Stick (NCS) to allow training and inference of various neural networks.

The goal of this project is to „Visualize occurring parallelism in real time!“. Moreover, we want the µ-Cluster to be portable and visually appealing to the public unfamiliar with parallelism and computing.

In a first stage, the µ-Cluster is used for performance testing and benchmarking using CPU-intensive, memory-intensive, and network-intensive benchmarks. Subsequently, an analysis of the performance-to-price ratio is planned to be performed.

We envision the µ-Cluster to be a research and demonstration platform intersecting high-performance computing, operating systems, databases, and networks. We plan several exciting projects that involve information retrieval, machine learning, and systems engineering. 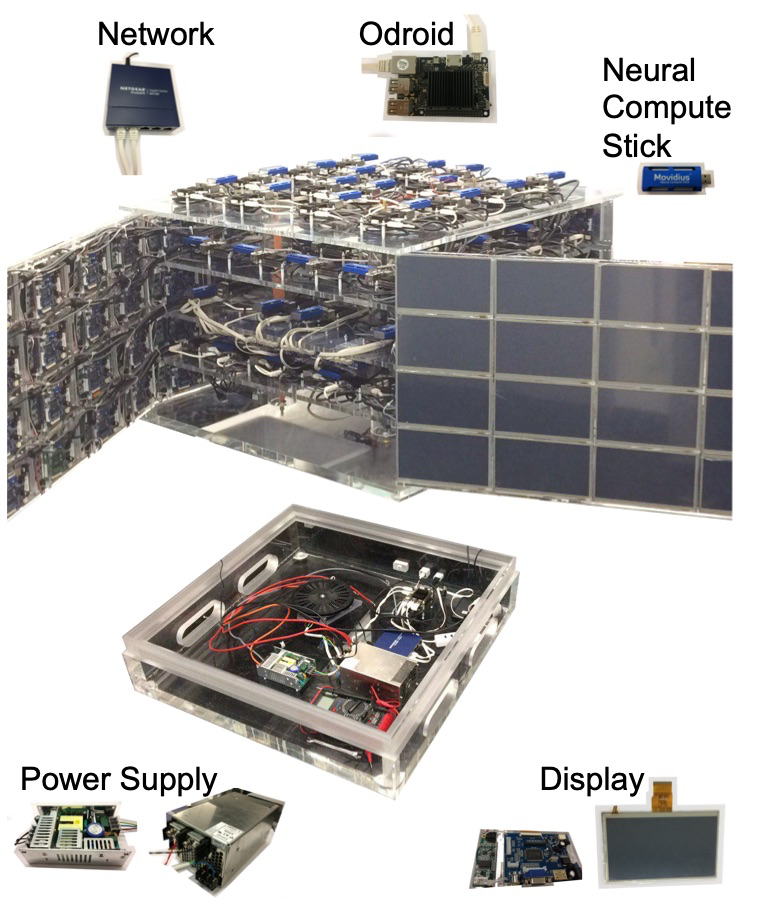 Completely assembled and powered on μ-Cluster